Do you have to live in a (rented) apartment if you are single? Is a house in the country too spacious for a couple? What to do if the plot is much too small for a spacious bungalow? Our answer: Plan a small house intelligently and use every square meter wisely! In the interview, architect André Heuchling explains to us how space and costs can be saved so that even without a large family, you don’t have to do without your own green space in front of the house.

Mr. Heuchling, modern people in Germany need more living space than in the past. Is that even compatible with a tiny house?

First of all, the need for more housing can always be questioned. What exactly is the “more” housing? A guest room or an office? How important is the size of the kitchen to you and can you perhaps use rooms more than once? Can the dear guest also sleep on the couch in the living room? And: do you live in the city and are the type for a co-working space and can save the in-house office? If both rooms are nevertheless needed, it may be possible to combine them. Another important point is the size. Rooms where I spend a lot of time and for a long time, whether office or kitchen, should be more spacious. The bedroom is a place for sleeping and may well be smaller.

What about spaces that people actually need. The storeroom, the cellar? Do I have to do without it in the small house?

Should you actually decide to buy a small house, you will necessarily have to make sacrifices. Constant mucking out is certainly part of it. Then what is the use of the storeroom? The broom and clothes horse can also be stored in a compact cabinet in the hallway. If you can not get rid of the idea of storage room, the room under stairs will provide space for it. Similarly, built-in cabinets along the slopes, spiral or double-flight staircases with intermediate landing save space.

Cellars have long lost their significance of the storage room.

Today, the basement must be as insulated as the house, so is often no less cool and dry. The underground (usually very expensive) space can be super replaced by the garage or attic. The washing machine can be connected in the bathroom. This also makes more sense, since the clean laundry is usually not needed in the basement, but in the upper rooms.

An open floor plan or hallways with lots of small rooms leading off of them? What type of floor plan is suitable for the small single-family / single house?

An open floor plan looks more spacious, the hallway type creates more privacy. If you live alone or with only one other person in the house, it certainly makes sense to avoid so-called unnecessary traffic areas. Hallways take up an insane amount of square footage while having little use because they are really only used as passageways. You rarely stop in the hallway.

A cabinet as a storage item is often too bulky. You don’t necessarily have to enter a hallway when you open the front door. A living-dining room, from which the private rooms or stairs, is the most space-saving option. With one or two residents of the house, the rooms can be used more than once. So an open floor plan (in the loft sense) is conceivable, since not so many people will get in each other’s way. This saves square meters.

However, family constellations change over time. The shared apartment can expand from two to more people. What needs to be considered if expansion seems necessary in the future?

If changes in the family constellation are to be expected, it certainly makes sense to plan larger rooms that can later be easily separated by partition walls. If the family shrinks again, you can take them out again. The ceiling of a bungalow, which will be expanded upwards, should be a wooden structure, so it is easy to break through. The place for the future stairs, of course, should be considered in advance.

For larger families that have rather few square meters available, my tip in general is: make the hallways redundant, at least on the first floor!

If the living room is the traffic area, it saves a lot of space. Open kitchen-living room is the best choice anyway with a large number of people (and especially with curious children), provides space for everyone and allows all family members to participate in everyday life and cooking. Those who need more privacy can have sliding doors installed in the living room, allowing them to screen off individual areas as needed.

If large common areas have not been planned, you can make the room look larger with a couple of tricks, with bright colors, a large patio door that visually opens the living room to the outside, benches in front of the windows, where the heating is usually located (and instead of a conventional – underfloor heating!) Make the large couch unnecessary.

Every square meter, every window and every door means more costs. Do you have any tips on where to save a window? Do I need a balcony?

Windows have three functions: They provide light, fresh air and a view. Therefore, pay attention to the hierarchy of rooms here: Where do I spend the most time? Where do I need the fresh air and the best incidence of light? It is indeed the case that larger windows bring higher costs and therefore should be used wisely. So: large windows in the lounges, small ones in the sleeping area.

A storage room does not need windows, fixed glazing of the panoramic windows in the stairwell also saves money! In addition, other cost traps should be considered: a bay window is pretty, but very costly, as well as the basement. In the case of a balcony or roof terrace should also be considered whether the garden can equally well replace this amenity.

A small house probably requires individual execution. But hopefully it will cost less money. And finally, it is also clearer and the cleaning effort is less. What other advantages does a small house have over a large one?

These are already very important advantages. However, there are (currently) comparatively few XXS houses in the prefabricated version. Unfortunately, this also ensures that these houses bring only conditionally less planning costs. However, the savings in maintenance costs are enormous. A small house means less energy consumption. Not to be underestimated are the shorter distances traveled in one’s own home. In addition, a small house is usually the only variant to build his own kingdom on a particularly small (and cheap!) Plot.

Tiny houses are certainly a good option. But here again, costs are saved only if you take the house as it was prefabricated. Unfortunately, the conversion of such a house is still associated with high conversion costs. In addition, the cost of transportation should also be included!

Even the smallest house does not protect from a building permit, as it is used for residence. Are there any building code restrictions as far as small houses on the property?

On a small lot, of course, you run the risk that the buildable area of the lot is not suitable for a house. At this point, the building authority is the right place to go, preferably with support in the form of a construction company or an architect!

People who build a small house often want to build cheaply, even if the planning costs are higher at first. Will it be cheaper if the builder does more of the work himself? Does diligence replace money?

Of course, some trades can be performed in-house and thus reduce the overall construction costs. However, attention should be paid to whether, on the one hand, the necessary skills are available and, on the other hand, builders also want to invest the necessary working time. After all, even the construction of a small house requires a certain amount of time. However, a carport can be built very well yourself and is also more cost-saving than a garage. The terrace as an extension of the small house to the outside can also be laid out yourself. In the summer, the living room shifts there, in the winter you can wonderfully store things cool.

XXS houses are therefore particularly suitable for small plots of land, where a normal single-family house can not be implemented due to the restrictions of building law. If the former is planned cleverly and with foresight, it is in no way inferior to the latter in terms of living comfort. Initially, very small houses incur higher planning costs, but due to the smaller living space, the operating costs are also much lower compared to normal houses. 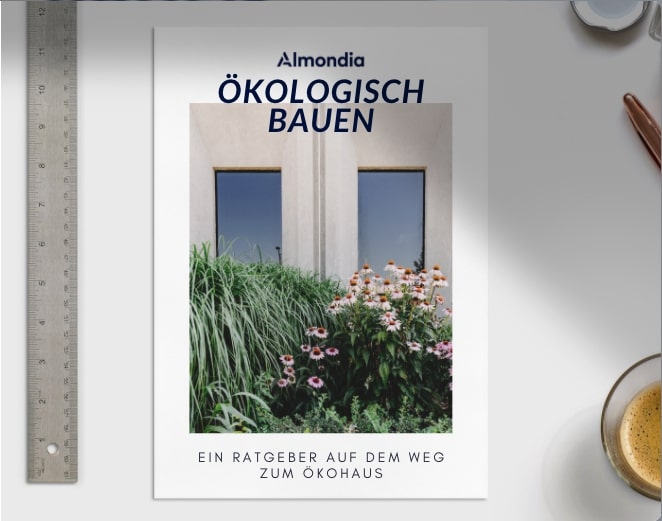